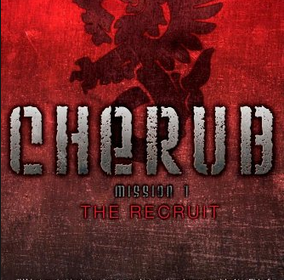 CHERUB is a spy organization based in England that trains highly skilled children to be spies. These agents have to be not only exceptionally smart, but also a bit mischievous. For example, Bruce, who is marvelous at martial arts has a different way of thinking about violence. For instance someone at CHERUB once said, “Mentioning violence to Bruce was like mentioning chocolate sauce to a six-year-old.” Robert Muchamore’s The Recruit enraptured me with its intense action and thrilling adventure.

James Adams is no typical twelve year old boy; he always has a way of ending up in trouble. Although he excelles in math he is not an exceptional student in school. One night, when his mom dies unexpectedly, everything suddenly changes. He is forced to move to a foster home, away from his sister Lauren. Then one morning he awakens at CHERUB campus, not knowing how he arrived, and completely unaware of what awaits him in the future.

One of the best things about The Recruit, is not only the intense action, but how well the reader is able to relate to James’s life. He faces challenges that would be very typical and realistic in a real life situation. For example an overload of homework, or teachers telling him what to do. Yet outside of CHERUB he is allowed to take off on hard core missions. Additionally, all of the children on CHERUB campus are very interesting, in that they are all a little bit quirky, yet they all have a likable aspect to them. For instance Bruce, James’s friend, is enjoyable to hang out with and is an amazing fighter, but he still sleeps with a teddy bear. This great development of character allows one to feel the sense of setting and place, like you are a character within the book. One thing that could be considered a downside to this book is that there isn’t really a main theme or thesis that the book revolves around, instead it is mostly action. This is a downside because the reader is left with no morals to think about. The Recruit hooked me from the very beginning as an action packed spy story, with a great buildup of character, and thrilling adventure.