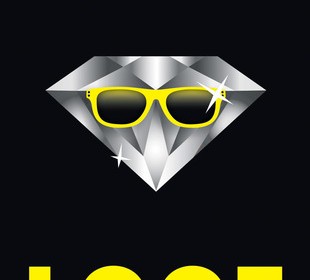 Seven heists.  One week.  Seven million dollars.  March McQuinn is not your ordinary kid.  Instead he is the son of a famous burglar, Alfie McQuinn, the man who pulled off the moonstone heist, the heist in which three thieves steal seven moonstones that can tell fates.  Along with two of his friends, Alfie completes the heist and gets away, but one of his companions is captured, and the other is killed. After the heist, when one of the thieves lost all of the moonstones, Alfie was determined to get them back.  Several years later, when March was older, he became Alfie’s partner in crime, and helped him steal the moonstones again.  But while trying to steal back the first moonstone, Alfie slipped off the edge of the hotel where the moonstone was hidden and had a rather tragic ending.  The worst part was that March was forced to watch it happen.  In Alfie’s last moments, he handed March the moonstone, and told March to “find Jules”, but March took it as “find jewels.”  Before March could ask any other questions, Alfie passed away.  Now March was on his own, but he discovers that Alfie is still with him.  Alfie has left behind clues to pull off the 6 other heists and collect the moonstones.  But after March finds out about these clues, he is caught wandering the streets alone.  He is taken to the airport where he will be transferred to a foster home.  At the airport, March realizes what Alfie said about “find Jules (jewels).” He figured out that his long lost sister’s name is Jules.  March and Jules travel to the U.S.A where they are put in a foster home.  March wants to finish what Alfie started, so he and his new friends, along with Jules, go off into the city to crack Alfie’s clues, and attempt to complete the 6 heists, and collect 7 million dollars from the original owner of the moonstones.  But the moonstones predicted fate on the night of the first moonstone heist.  The stones predicted that one thief will be caught, another will die, and the children of the surviving thief will die together at age 13.  March and Jules’ birthday is in less than a week, so they must pull off all the heists before then.  The heists and the time they have is limited, so it’ll take a lot of hard work and problem solving to crack these cases, and take back the moonstones once again.

The beginning of this story was puzzling, but eventually all the pieces came together in this amazing realistic fiction adventure. Written by Jude Watson, the story takes place in Europe and makes its way to the U.S, where four kids pull off many close-to-impossible heists.  It is incredible how Watson can use vivid descriptions and setting to make it seem like children can be a threat to major jewel companies, and to create natural gems that can read fate.  Do the kids travel all over the U.S in just one week and go through many death-defying tasks just for a simple jewel?  No.  This is a lot more than just a jewel heist, it is a life or death mission, but the only clues to really find out what it is about is in Loot.  Will this be 7 million dollars, or will it be a life or death mission to uncover the secrets kept by Alfie McQuinn?  Hold on to your hat, because this plot twists and turns in every direction when you least expect it.  Can March and Jewels pull off the heist and take the money, or will they end up going down the falls like their mother on the night of the first moonstone heist?