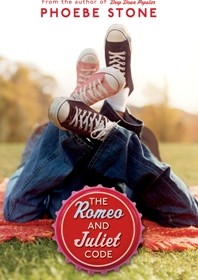 “Not belonging is a terrible feeling. It feels awkward and it hurts, as if you were wearing someone else’s shoes. ” Felicity, or Flissy Bathburn expresses this when Britain engaged with Germany in World War II, in the year of 1940. Felicity and her parents couldn’t stay in England anymore in fear of being bombed. Her parents, out of desperation, dropped their beloved daughter in Maine with her father’s family. She doesn’t know where or why her parents, Winnie and Danny, had gone and how long they would be away. After living with her relatives, Flissy finds out that her father’s family is full of secrets and strange people.

A bizarre letter arrived for Uncle Gideon, her father’s brother. He tried to disguise it, but Flissy knew her father’s handwriting anywhere. With the help of a handsome boy she meets, Derek, they  figure out that they are coded so no one else can read them. Derek is an adopted 12 year old child who lost his arm to polio. He vowed not to leave his room again for fear of people making fun of him. Derek has stayed in his room for a long time until Flissy came along and coaxed him out of his bed with the coded letters. Flissy and Derek try to uncover the truth about this broken family, simultaneously decoding Uncle Gideon and and her father’s code. Will Felicity’s parents come back to get her, and are they involved in World War II? Why all the secrets? Last of all, How does Felicity fit into this new family?

Phoebe Stone’s novel was well written, and very exciting to read. I especially wanted to know why Danny and Gideon were writing to each other and understand why it had to be in code. The Romeo and Juliet Code teaches the reader a lot about the World War II and introduces the reader to many interesting and strange characters. Their unusualness made me want to read more about them and try to figure out the characters as well as the letters. Felicity has to move to America because she doesn’t want to be bombed by British and German soldiers. For most of the book, the Bathburns live at their ocean house in Maine. They occasionally go to school in downtown Bottlebay. Furthermore, Stone’s writing style is descriptive, lyrical and educational. I enjoyed this book and would recommend it to someone who loves history, mysteries and suspense.