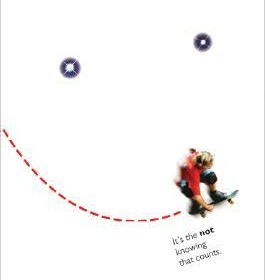 In Smiles to Go by Jerry Spinelli, when Will’s orderly world comes crashing down it leaves him wondering if his life will ever be the same.

Will Tuppence sticks to the rules and likes to have things planned out for himself. His best friend BT is the opposite of Will, adventurous and carefree, taking chances whenever he can. Tabby Tuppence, Will’s little sister, looks up to BT which causes her to make stupid decisions. Mi-Su is Will’s other best friend, he falls for her but she has her eyes set on another.

On Saturday September 26th, Will’s life changes with the death of a proton, a new scientific discovery. Mi-Su and Will have been waiting for this discovery forever but when it really happens are the ready?He has to come to terms with the fact  that nothing lasts forever.  Though Will is Tabby’s older brother he hates her.

he finds hope in Korbet Finn, Tabby’s not so secret admirer. No matter how many times Tabby says no to Korbert he keeps trying and never gives up. Will has never kissed a girl, with his eyes set on Mi-Su and her eyes set on another his dream of asking her to the dance is gone.

I recommend this book to middle schoolers because of some of the advanced vocabulary used. I enjoyed how Spinelli explained the characters and setting through Will’s eyes.  Spinelli’s explanations of the characters make the reader feel that they’ve known the characters forever. This book is a good read and it’s had to put it down. Smiles To Go is a thoughtful and moving book about families and friendships and what’s really important in life.