The Fault In Our Stars 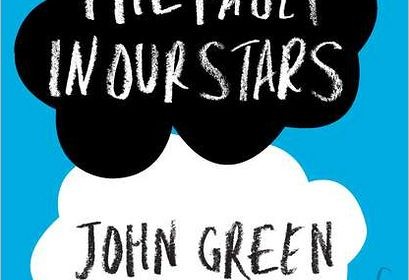 Hazel Grace Lancaster was diagnosed with thyroid cancer when she was thirteen. Because of this, she also had a lot of water in her lungs. Her condition was getting worse and worse and none of her doctors thought that she would survive much longer. Then, her doctor put her on a new medicine just to see if it could help drain out some of the water in her lungs. It worked and she survived. Now, she is seventeen years old and still wears a cannula.

Hazel’s mother thinks she is depressed so Hazel is sent to support group. One day while she is there, she turns around to see a boy staring at her. She learns that his name is Augustus Waters. He had a touch of osteosarcoma a year and a half before, but he is cancer free. Hazel and Augustus start to spend a lot of time together.

Hazel loved a book called “An Imperial Affliction,” but Hazel was confused by the ending. She had contacted the author, Peter Van Houten, many times but had never received a reply from him. Then, one day out of the blue, he replied to her saying she is invited to Amsterdam to learn what happens after the ending of the book he wrote. She knows she has to go. But, her family doesn’t have enough money and she already spent her wish. A wish is a gift to people with cancer from their doctors that lets them go anywhere they want in the world. Augustus still has his and he decides to use it to take Hazel to Amsterdam. Even though Van Houten is not what they expected him to be, they have the time of their lives.

Suddenly, everything goes downhill when Augustus learns that he is no longer cancer free.

I would recommend this book to people who like romance stories and also to people who like realistic fiction. This book will keep readers captivated throughout the story through the use of personal pronouns to make sure the reader knew what was happening and what was going on the characters heads. This book is filled with love, laughter, and romance that will keep any reader turning pages.