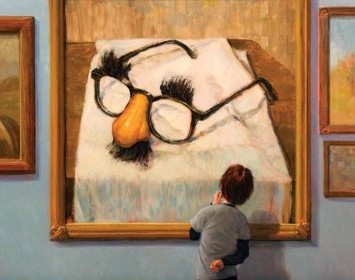 The name Funny Business implies that the book is funny, that’s why I chose it, but as far as I’m concerned this book doesn’t even scratch the surface of silly. This book contains ten different short stories, each by a different author. These stories were intended to be funny, but they greatly lack a sense of humor. For example, a majority of the stories are about childhood memories of the author, or they are about two best friends who do very stupid things. This made the impression that the authors were not even following the prompt of making a story that is funny.

Funny Business is supposed to be a book that is for guys that enjoy tons of laughter, the book even has an introduction guaranteeing to make guys laugh. But the authors of this book seemed to have been writing for a completely different book. Funny Business surprised me because of the abundance of terribly written stories, most of which were made by very well known writers, who should have written very funny and interesting stories. For example, Jeff Kinney is an author of one of these stories, which is interesting because he also writes the Diary of a Wimpy Kid books, which are very funny and fun to read. Also, the fact that there are short stories, instead of a full length book makes it so there is very little character development. The short stories isn’t the only reason for this, lots of short stories aside from this book have good character development, but it was also the authors writing style. The authors didn’t spend enough time developing the characters, so instead they would take one idea or characteristic, and then shape this person around it. For example, in one story called My Bloody Souvenir, a boy is extremely destructive, and all he does is hurt himself for the entirety of the story. On page 246 he says, “I was vastly jealous that I hadn’t been in prison too, because this is where he got most of his facial wounds and body tattoos.” This way of developing a character leads to characters that are not very realistic, for they are not as complicated as a real person would be. The structure of the ten different stories made it hard for the writers to develop an overall theme with a main conflict, which could have been done in order to make the book more interesting and easy to follow. While there were still a few small struggles within the individual stories, for example in one story there is an evil alien who is trying to kill everyone, or where a boy thought that a turkey was going to eat him. If the authors had combined the stories together to make a central conflict, and a main idea, the book would have been much more compelling. Overall, Funny Business is a book that does not live up to its name, it is not funny, and there are no main ideas within the individual stories, therefore I would not recommend this book.