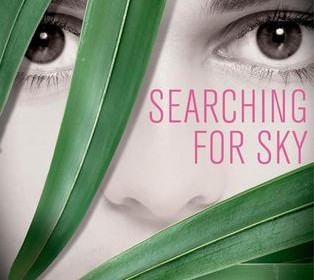 Visualize being transported from a quiet island, that had only two people at the time dwelling on it, to a peculiar place where the population is thirty eight million. You only know the boy you thought loved you, and a woman you only just met who says she is your grandmother. In this cleverly written book, objects and people are described with one or two nouns, this is because in the book the characters speak like this. For example, the main character is known as Sky, and they have a calendar known as Tree of Days. On Island, everything is perfect with Petal, Helmut, River, and Sky. The four of them have a good life. When Sky was around two years old, the four of them left California and have been on Island ever since. All they need is Island and each other. On Island, all they have is Ocean, Beach, Bathroom Tree, Fishing Cove, Falls, and Shelter. Sky, River, Petal and Helmut improvised with what they had on Island and they had a almost perfect life. They want a safe and simple life away from California. Everything is perfect until the plot thickens and Sky and River are dragged to a new place they know nothing about California.

After a year living without Petal and Helmut on Island, a boat comes in the middle of the night. The two men on the boat speak to River about leaving the island. Sky is resentful about saying goodbye to her childhood home, but River persuades her to come to California with him. Jillian Cantor’s Searching for Sky, grabs my attention the second I set my eyes on the first page of this breathtaking novel. The boat ride to the U.S is not easy because Sky absolutely doesn’t want to leave her home. Once in California. The setting of California is much different from the Island both Sky and River knew for a majority of their lives.

In Searching for Sky, Jillian Cantors provides readers with  insight into the conflict of character versus society, in a new environment. How would it feel to be  ripped away from the home you knew for your entire life and put into a place where everything is incomparable to your childhood home? When Sky and River arrive in California, Sky and River have no idea how to do anything the right way. They knew how to do things on Island, like catching food, but in California they catch food and sell it to the people. Along with they had to walk instead of using cars or “oddly shaped bushes” as Sky would call them. This would be an example of character vs society conflict. Lastly, having clothes is different because on Island all they had was rabbit pelts to wear. For example, right before Sky goes to live with Grandmother, she is handed clothes she has never seen before. Grandmother called them “Blue jeans, T-shirt, panties, bra, and flip flops,” but Sky doesn’t even know how to put them on. Jillian Cantor’s Searching for Sky  shows readers what it would be like living on an island for fourteen years with your mother, stepfather, and step brother. In my opinion this book is a page turner from the first chapter.Finally Jillian Cantors Searching For Sky was a vast read and definitely grabbed my attention.