The Strange Case of Dr. Jekyll and Mr. Hyde

Something rotten and abrupt is happening in nineteenth century London, England. The questions dangling in the air as if hanged are: Where is Dr. Jekyll? Who is the so-called monstrous, wicked, evil Mr. Hyde? Why is such a man like Hyde the inheritance of Jekyll’s land, titles, and money? All will be explained in the book The Strange Case of Dr. Jekyll and Mr.Hyde. This tragic and or horrifying story has a few distinct characters. Most are quite ordinary. Mr. Utterson, the protagonist: a dreary, cold, lovable lawyer, was harder to understand than I expected he was slightly boring. Then there’s Mr. Enfield, Mr. Utterson’s friend who is basically just a filler character and is not really given much development. Yet, he’s crucial to the plot when he talks about his encounter with the hideous Mr. Hyde. Next, is Dr. Jekyll: he’s a tall, broad, handsome scientist with a dark secret and is relatable than the last two. Mr. Hyde, on the other hand is surprisingly more engaging to me than any of the other characters. I was surprised the antagonist would be the most accessible character. I really empathise with Mr. Hyde and how misunderstood he is with his appearance, also how horrible a person he is.The problem is that he can’t control himself. The man’s hideous appearance is extremely noticeable, even Mr. Enfield describes him as deformed and detestable,

“He is not easy to describe. There is something wrong with his appearance; something displeasing, something downright detestable. I never saw a man I so disliked…”

Robert Louis Stevenson’s works are usually dark and ominous such as “Dr. Jekyll and Mr. Hyde”, “Thrawn Janet”, “The Suicide Club”, and “The Body Snatcher.”  The setting of “Dr. Jekyll and Mr. Hyde”, is very believable because it is a real place. The setting of London in the nineteenth century reminds me of other books like “Sherlock Holmes: a Study in Scarlet”. The nineteenth century is usually an excellent period for mystery and horror. Dr. Jekyll and Mr. Hyde were more relatable because they had good traits and bad traits. The plot of the book is very twisted and surprising. The end is sad and very tragic, if I were to compare it to a famous tragedy it would be “William Shakespeare’s Hamlet” or “Sophocles’s Antigone”.

I loved this book from start to finish. Although it’s quite sad at the end I really suggest people who are into the “good old classics” and are up for a challenge for vocabulary; however I do not recommend it for the fainthearted, young, and people with simple vocabulary. It may seem confusing at times because there are logs and letters from the characters to other characters for a chapter or two. Yet all in all, the tragic story of “The Strange Case of Dr. Jekyll, and Mr. Hyde” is truly inspirational and amazing. 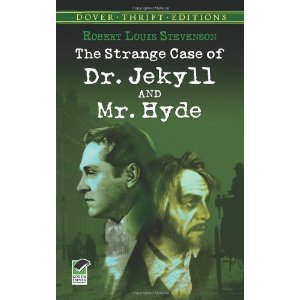